Hope you have all had a great day and are looking forward to a fun weekend.

After making yesterday's card, Live In The Moment, my adaptation of the triple stamping, and admiring Di's clever twist on triple layering too, I had an idea for using this 12x12 sheet of beautifully patterned paper from DCWV, Vintage Collage Stack. 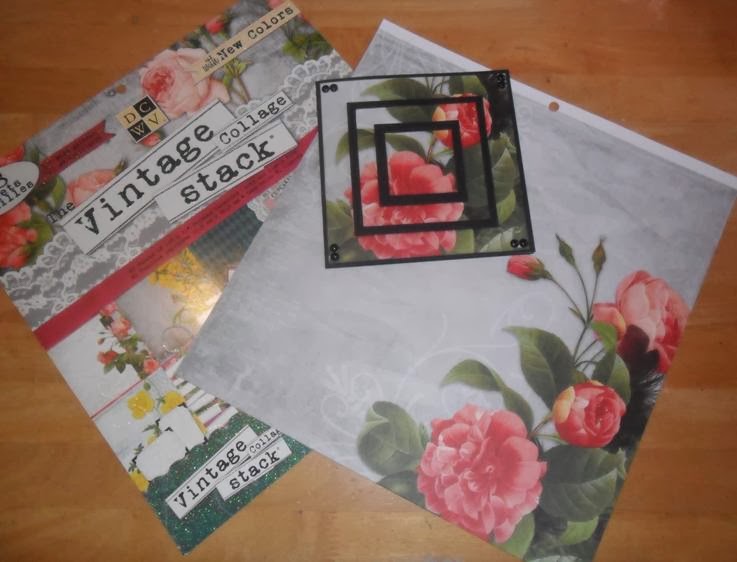 As you can see there's a gorgeous image of peonies in the bottom right corner of the 12x12 sheet. 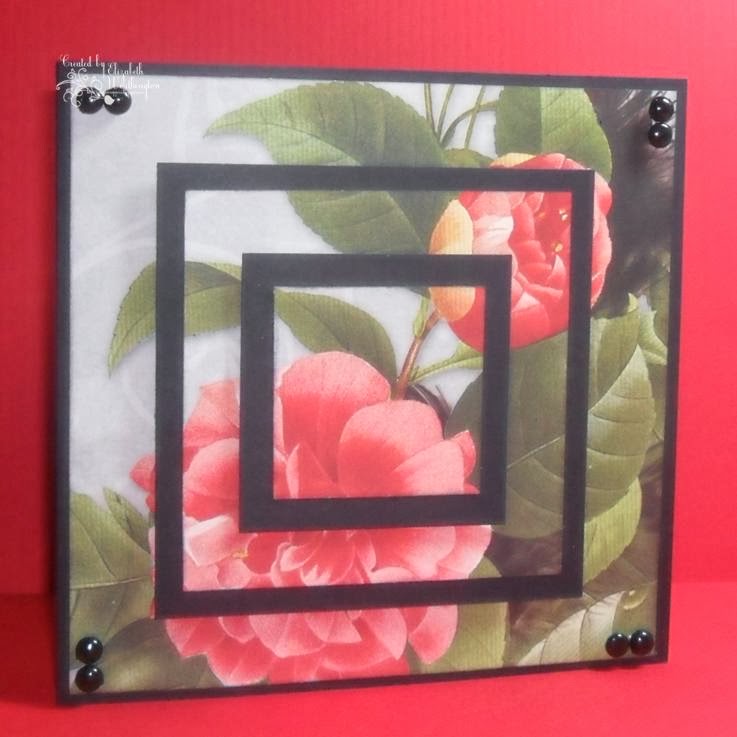 It occurred to me that if I split the image into three layers I could mount them on card (Stampin' Up 12x12 smooth cardstock) in exactly the same way as is done for the triple stamping technique.

For the base I created a 6"x6" card from the black cardstock. Following Di's instructions I trimmed the patterned paper to measure 5¾" square, so that the black base would frame it. After scratching my head for a wee while, I worked out that the best, possibly the only accurate way, to cut this square to form the three layers was to measure and pencil in the cutting lines. So for the second layer I measure 1" in from the edge all round, creating a 3¾" square, and the centre is 2" in from the edge and measures 2" square. With much trepidation I cut out each square with a craft knife ... an implement I'm not keen on and rarely use. Happily, everything worked out just fine ... fingers all still intact. Once the paper was cut, it was matted on to more black card and then layered up on the front of the card. Decoration is just a couple of black dew drops in each corner. 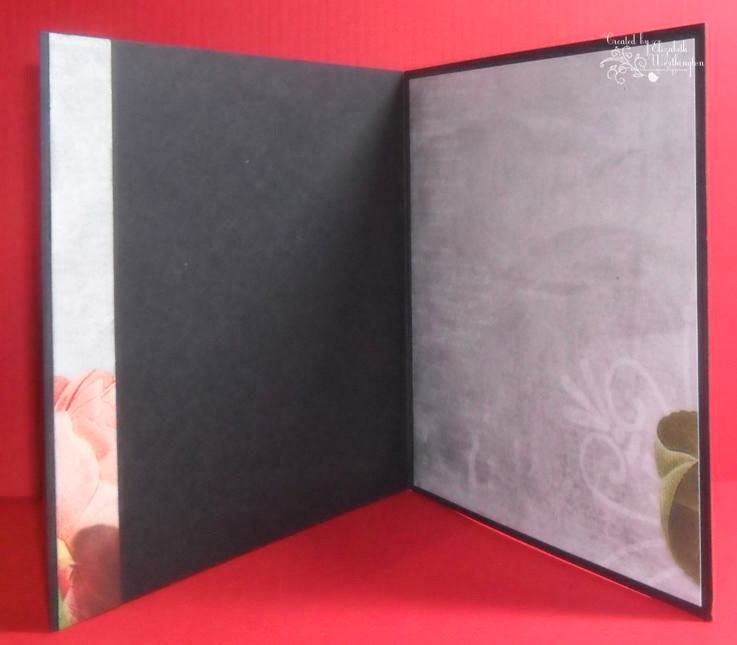 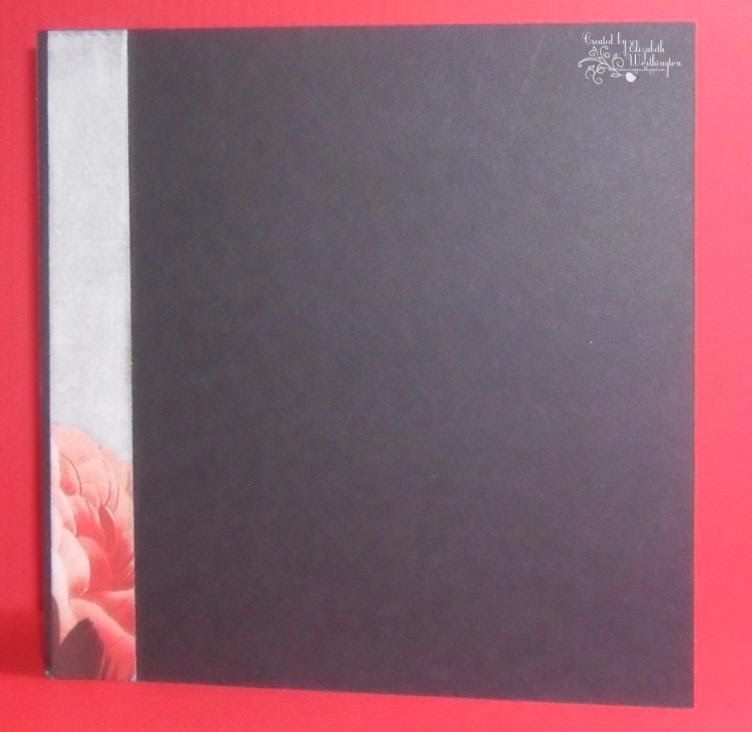 The inside and back are decorated with trimmings from what was left of the patterned paper.

Once worked out and measured up, this is fairly easy to do - it only takes basic arithmetic, a ruler, a craft knife, craft mat and a fair bit of courage to cut into the paper, after that it's a dawdle ... can't think why I hesitated :)

The EM treated me to the pack of paper two years ago and since then it has been tucked away in a box, loved, stroked and unused! Somehow I couldn't see how it could be used for a scrap page ... that large motif would distract from any photo(s) on the page. Using it this way does make, I think, a striking card so I may well do it again with other similarly patterned papers.

Sadly, I have to report that no snippets were used in the making of the card but I did raid my hoard of stash and used up some NBUS - still keeping to my goal to use OGooS this year :)

It's late and high time I was going to bed ... I'm surprised The Boss hasn't been in, miaowing and nagging because it's her bedtime too :)) Uh-oh! I spoke too soon ... she's just arrived! So I'll bid you all a goodnight and wish you all a wonderful weekend ahead.

WOW! A real stunner Elizabeth! Lovely result - I adore peonies. Great way to get the effect from just one piece of paper. And you were very brave to use a craft knife - I'm so accident prone I only every use one if desperate. And even then I keeps me eyes closed! :)