Good Evening to everybody, 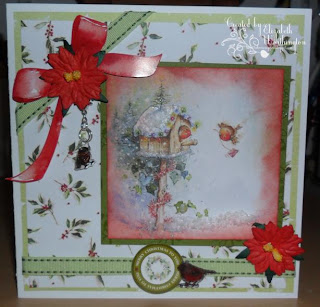 I hope all you mothers, grandmothers, great grandmothers, foster mothers, and step-mothers have all had a wonderful day. It's been a great day for me, spent exactly how I wished and the sun has been shining here all day so it couldn't have been better.

This week's card was completed on Friday but I'm posting a bit later than usual just because it took me longer to sort out the photographs. And why is this you might ask? Well, it's because I've been practicing with my new camera - yes, a new camera. Perhaps because I was borrowing his new camera too often, the EM took pity on me and treated me to one of my own. Same make/model as his, a Samsung, but it's PINK! No question which camera is mine then : ) I'm chuffed to bits because it really is a step up from my old one.

Back to the card then. The starting point of this card was the Lili of the Valley cute square which I added flower soft too and edged with the Tim Holtz Fired Brick ink pad. 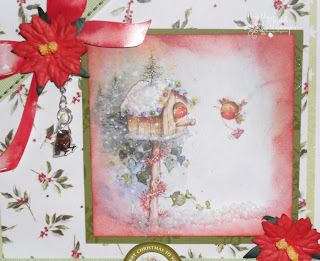 I've been playing with shrink plastic and for this card made a couple of robin charms. Until you try it out for yourself you don't realise just how much shrink plastic shrinks!! The first robin stamp I used was really too small but I've used it anyway. 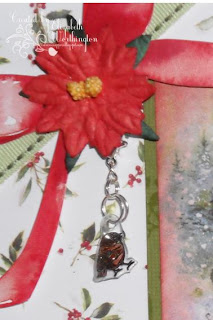 The second worked out better but I had a bit of a disaster with it and somehow managed to break of the holed top while trying to attach it to the link for the charm. So I filed it smooth and used it as an embellishment anyway. 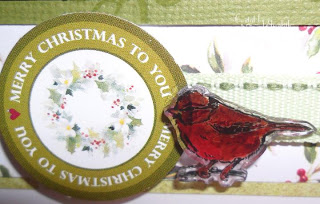 As is my usual I've decorated the inside 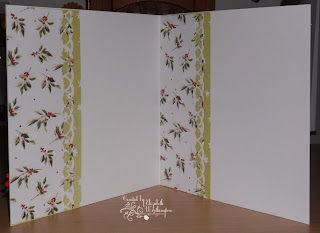 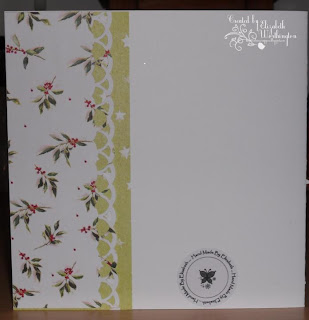 I wasn't too sure how this card would turn out as it kind of developed as I went along, especially with the disaster with the shrink plastic - a lesson learned!

To finish today here is a photograph of an April rainbow that appeared just in front of our house, taken just yesterday evening. 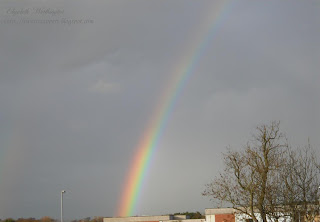 Hi Elizabeth,
thanks so much for your kind comment on my blog.
I started card making because a lady at work made her own cards, I'd asked her to make some for me but she wanted to charge me quite a lot so instead she wrote me a list of the basics I needed, and now I'm hooked! Stampin' up doesn't train us, I started off with lots of magazines, now I can usually see what I would like to do when I see a product but sometimes the challenge blogs really come in handy.
sorry rattled on a bit, kelly xx

Oh also, how do you keep that workspace of your's so tidy I am very jealous!!
xx

Hi Elizabeth. Happy Mother's Day! (I from the states, and so am finding out that Mother's Day is on a different day than in the UK.) I hope you had a most wonderful day. Congrats on your new camera. :-) Your card is absolutely lovely. The shrink wrap sounds interesting. I will have to try it out. I think the little bird came out great and looks so sweet on your card. Thank you so much for your comment about Wormy on my blog. :-)

beautiful card elizabeth.i love the traditional image and the little bird is so sweet :D

What a beautiful card, so pretty. Great rainbow pic too. I hope you have a lot of fun with your new camera :o)
Jackie xx

Love the card and how you always decorate the inside and the backs of your cards . Makes them so special.
I love rainbows too they are amazing things.
x Tricia

Such a gorgeous card - and your new camera must be a joy, the piccies are brilliant! Di x