Once again, it's a been a while since I posted some of the photos collected on this scavenger hunt (Part 2 is here) but I have now got to the point of having found almost all of the items on Rinda's list. What a great fun challenge this has been. Here's a few more crossed off the list.

#6. A metal bridge
I discovered two metal bridges during my search - one much prettier than the other - but I'm finding it difficult to choose between them so, for the record, both are included. 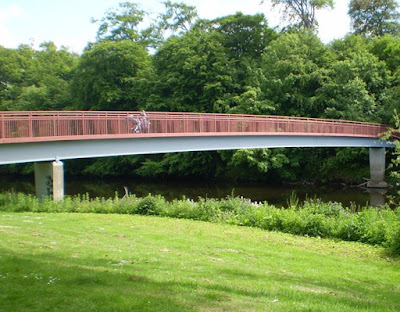 This  one spans the River Ayr and gives access to the woodland walks on Craigie Estate. 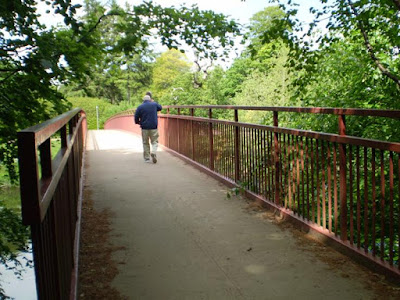 As you can see it is a very utilitarian structure. Nothing fancy about it at all but it serves its purpose well. 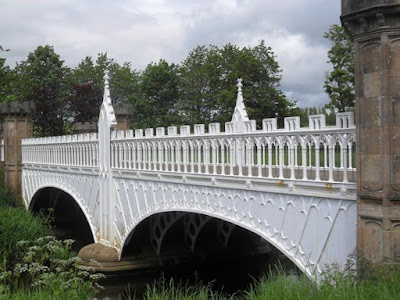 This bridge - the Tournament Bridge, in Irvine's Eglinton Country Park - is much more ornamental. It is named after the great medieval-style Eglinton Tournament of 1839, reputed to be the last ever to take place in Great Britain, in which many competing knights on horseback participate in the jousting. One of the participants was none other than the future Napoleon III of France. It is reported that the weather, heavy rain, ruined the event ... no change there then!! 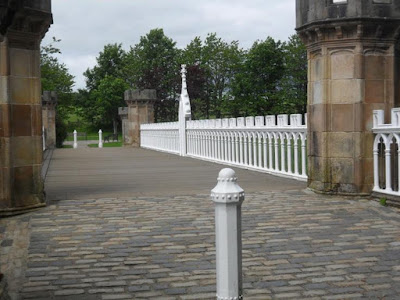 The 13th Earl of Eglinton, Archibald Montgomerie, had the cast iron and stone bridge built in a Gothic style. The bridge has been repaired many times over the years, most recently 2008.

#7. A turtle
A tricky challenge, this one. I thought I'd failed and this photograph was going to be the best I could do. 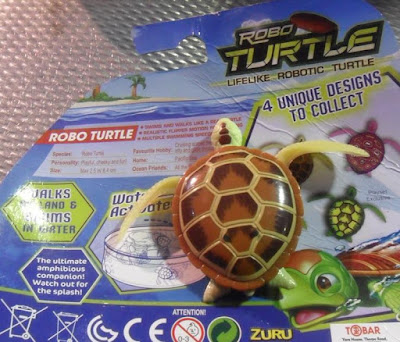 A plastic turtle found at the pet section of the local garden centre. They were all out of the real thing. 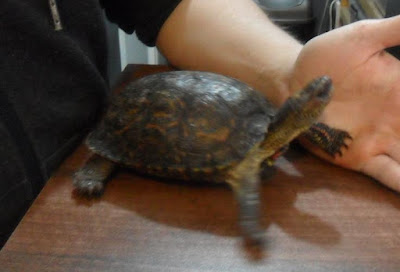 Then someone directed me to The Lost World. No, not the place of film and fiction but one of Ayr's best kept secrets, a reptile shop where they had just happened to have one last turtle. A cute little Mexican Wood Painted Turtle (Rhinoclemmys pulcherrima) who simply refused to stay still to have his photo taken! 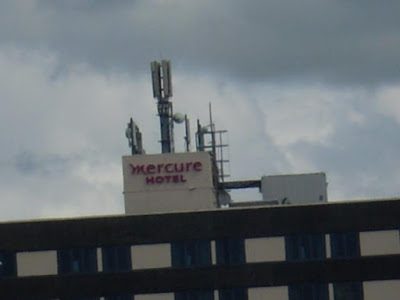 Spotted this collection of aerials on a walk up from Ayr seafront. It's situated on top of one of our town's largest hotels.

#15. A flag pole with at least three flags on it
A really difficult challenge, this. So much so, I'm going for a compromise. 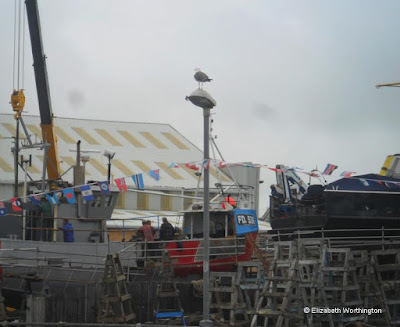 This photograph was taken at the marina at Girvan, a seaside town located further down the coast from Ayr. 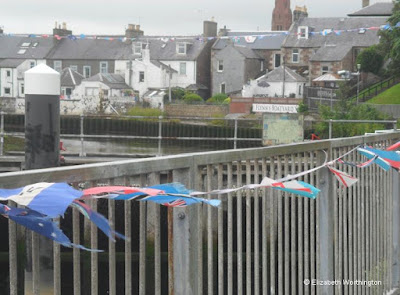 More like bunting than flags but there's plenty of them.

#16. A panoramic view, taken while standing someplace high in the air 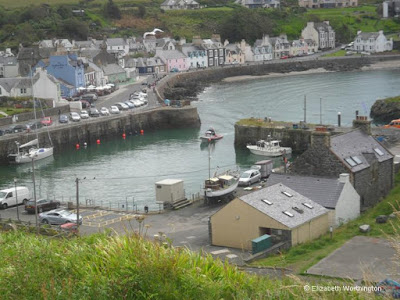 That's another five items found, fifteen down, six still to record. As the closing date is 22 September, I plan to be back with the last of the photos soon.

The List for 2015.
1. A bouquet of flowers
2. An ornate door knocker
3. A person walking a dog (or other animal)
4. People playing a board game or card game
5. Architectural columns
6. A metal bridge
7. A turtle
8. Someone "plugged in" to social media
9. A tent
10. A college or university
11. A cellular tower or television satellite dish
12. A public restroom, bathroom, or toilet
13. A merry-go-round or carousel
14. A traffic signal
15. A flag pole with at least three flags on it
16. A panoramic view, taken while standing someplace high in the air
17. At least two people wearing matching outfits or uniforms
18. An overloaded truck, car, bicycle or other vehicle
19. A ticket booth
20. A natural body of water
21. A photograph of you with a sign reading "2015 Summertime Photography Scavenger Hunt". Note: you may not use a substitute for this item.
And the possible substitutes for all but #21:
Alternative A: People eating outside
Alternative B: Someone holding an umbrella
Alternative C: A rocking chair

Please check out Rinda's blog here for links to others who are participating and see what they have found to date. And if you would like to join in, it's not too late as the challenge goes on until September 22.

What a great idea. Love your photos. Hope you finish your list. Take care Zo xx

That white Tournament bridge is very spectacular. I wouldn't like to be in charge of the painting and cleaning though! And a very pretty shot of the harbour. We're a long way from the sea so I always enjoy coastal shots.