I've been playing with stamps, inks and sprays to make another card using the March Hare set from Hobby Arts.

Unfortunately, it proved to be a difficult card to photograph and although this one is the best of a bad bunch it doesn't show the depth of the colours that can be seen in real life. 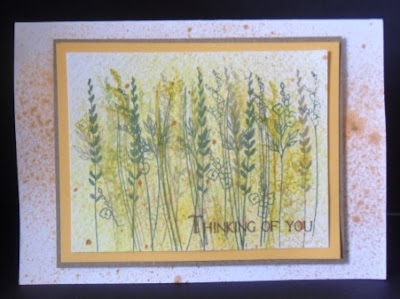 Here's a close-up that is a bit better. 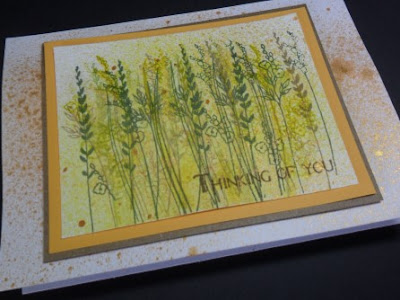 Here's how it was made:


A technique described by Jaine Drake, found in an old issue of Craft Stamper, provided the inspiration for this topper. She, in turn, was inspired by the effect of the sun on her herb garden.

It's a fun technique and well worth having a bash at so I hope I've explained it clearly enough for anyone who would like to give it a try.

What an artistic, beautiful card--love it!

wow, amazing art work, I wish I could do this ...
and I got your lovely package,thank you so much!
have a great day.