I can't believe how late I am to join in with Annie's Friday Smiles. I've been intending to find time all day but instead it's run away from me. Still, I'm here now.

So, what's made me smile this last week. Well, rather a lot actually, but I'll try to keep it brief.

First of all, the really good news is that my niece, Louise, had the liver transplant she has been waiting a year for last Saturday. All went well given how, due to Type 1 diabetes, ill she is though she did go into an anaphylactic shock after one injection she was given after the operation. However, she was allowed home yesterday to recuperate so here's hoping all continues to go well for her.

As you might have noticed we've been on holiday. We stayed at Kirriemuir, the Gateway to the Glens. Here's a few photos taken there that made me smile. 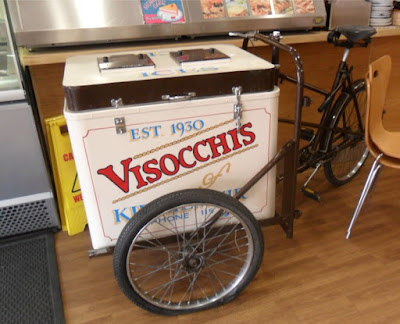 We don't see nearly enough of these ice cream carts anymore. This one was in the restaurant we visited a few times - tasty food and they make a delicious Knickerbocker Glory. 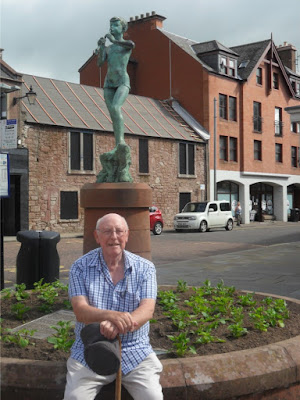 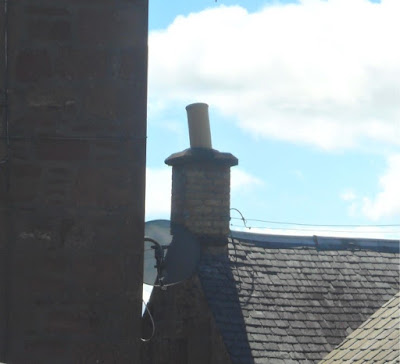 This crooked chimney pot was spotted just outside the house where Barrie was born. 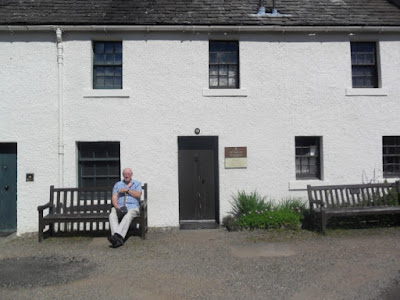 The house where Barrie was born. His father was a weaver there. 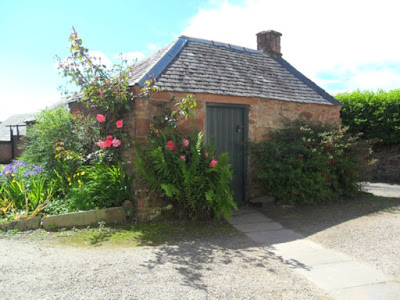 Finally, the wash house just outside where Barrie, as a boy, put on his first play. The old boiler where Barrie's mother did the washing for a family of ten is still there.

Finally, this little lad had his second birthday on Saturday. 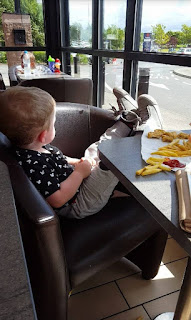 Callum seems to know how to make himself comfortable eating out.

Well, it's still Friday so I'm just, only just, on time to join Annie and her smiley friends.

I hope you had a host of reasons to smile this week and that the weekend will bring many more.

I'm really thrilled Louise has had her surgery and really hope she makes a good steady recovery and it makes a huge difference for her. It looks like you've had a lovely holiday....well deserved. Little Callum made me chuckle....what a poppet he us. Hope he had a lovely birthday.
Hugs,
Annie x