One Layer Card - Just For You

I hope you are enjoying the same beautiful sunshine as we are here in Ayrshire. Just the thing to tempt me out into the garden  ... after a visit to the garden centre, of course :)

Now, with the sun proving to be such a distraction, not a lot has been happening in the craft room so the card I'm sharing with you today is one I made earlier. 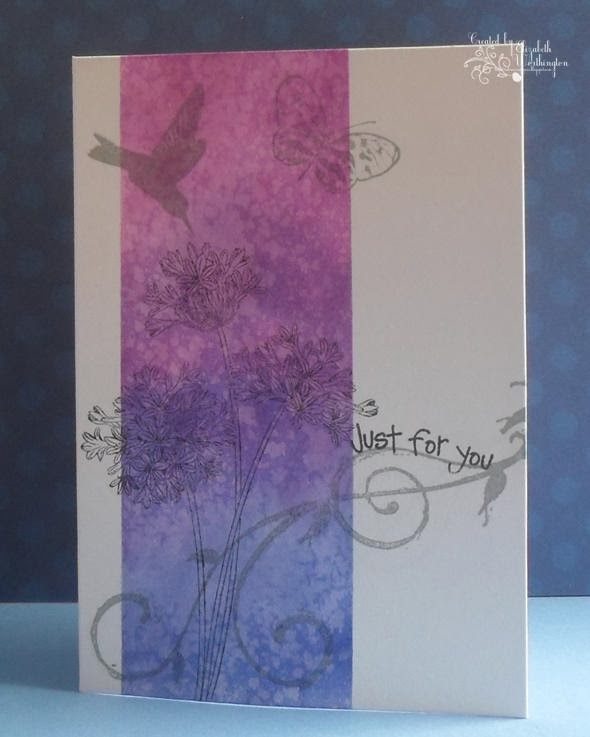 The UKPC swap for last month challenged us to make a one layer card and after a bit of thought this is what I came up with.

I began by creating a panel with post-it notes on a plain white card base. I then inked it up with blue and pink inks from a neglected Big and Juicy pad, Hydrangea ... it's such a shame but I forget I have several of these fabulous ink pads tucked away. A spritz with water and dabbed with paper towel created the lovely speckled effect.

Once the panel was dry it was simply a case of removing the post-it notes and then stamping Agapanthus, from Kanban Crafts Spring Meadow, in black (Memento Tuxedo Black), and the bird, from Papermania Summer Bloom Collection, and the butterfly, from Inkadinkado Woodland Trails, in grey (Memento London Fog).

With the flourish stamp ... Sheena's A Little Bit Sketchy Best Friend Swirls, stamped in grey ... the effect I wanted to create was of it winding from the front to the inside and then finally on the back of the card ... 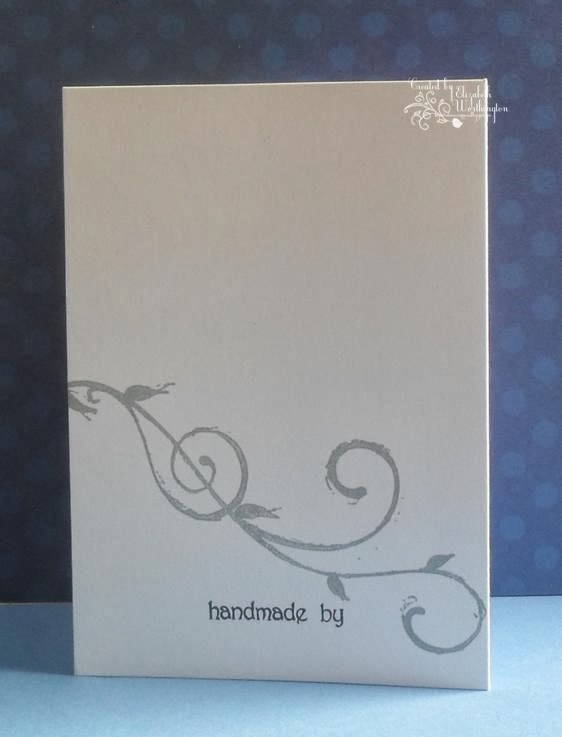 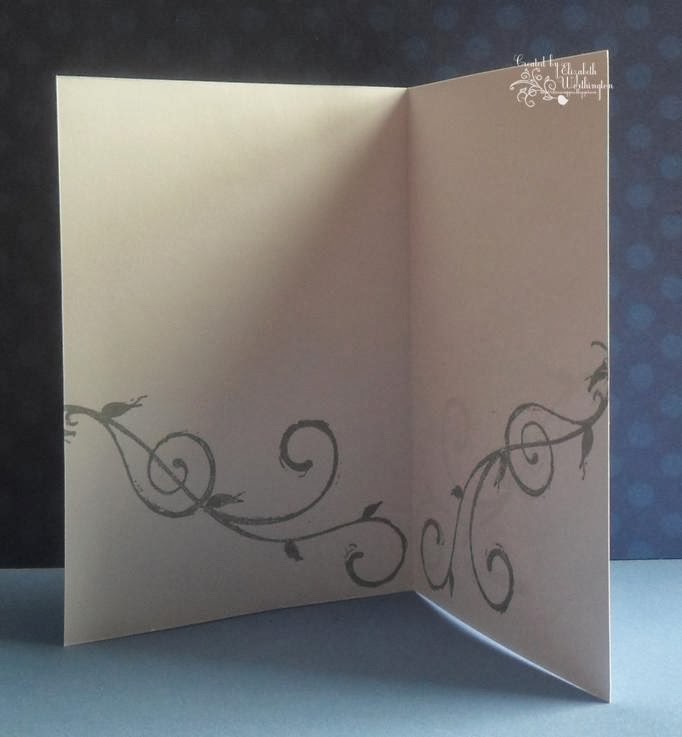 The absolutely final touch was to stamp the greeting, Just For You, from Ladybug Crafts It's Only Words, in black on to the flourish. The stamp is transparent enabling it to be placed on an acrylic block and bent to follow the line of the flourish. 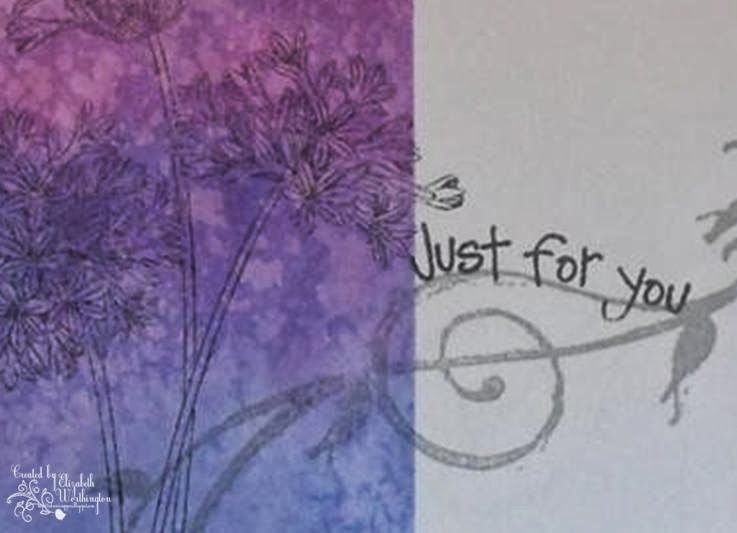 I haven't forgotten my promise to post some of the pics taken at the craft show last week ... not to mention the pile of goodies I blew my pocket money on ... I will, just as soon as I've finished cropping them and selecting the best.

In the meantime, I wish you all a very good evening.

This is beautiful. The colour blending is amazing. I like the gentle colours of the stamping too.

It's great to see the sun after the bad weather we have had and to get out in the garden is sooooo lovely although my garden is so wet still but hopefully it will dry out pretty soon so that we can do some planting.......Your card Elizabeth is beautiful xx

This is beautiful Elizabeth. Like you I too had forgotten about some big and juicy pads lying at the back of a drawer - time to get them out.

What a beautiful card and gorgeous colours :o)
Jackie xx