Warning: this is going to be a photo heavy post so if your computer can't cope then feel free to skip this post. We are lucky enough to have more than one heritage centre in Ayrshire and, although we have been to the Robert Burns Heritage Centre in Alloway, we had never been to the Dunaskin Heritage Centre near Patna even though it's only 10 miles or so from our house. So, to right this wrong, we made a point of visiting it last Sunday (another item crossed off the bucket list!). 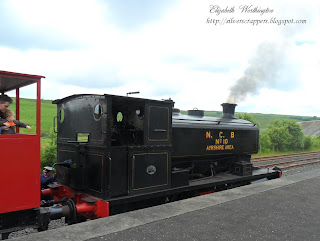 The centre, operated by the Ayrshire Railway Preservation Group, owns a number of standard gauge steam and diesel locomotives and has an extensive collection of old photographs. Sundays are Steam Days at Dunaskin and we were lucky enough to take a trip on this old NCB (National Coal Board) steam locomotive. 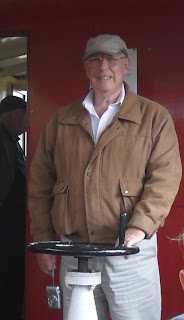 The EM just loves engines, any engines, but he particularly likes old trains - bet he wants to be a train driver when he grows up : ) 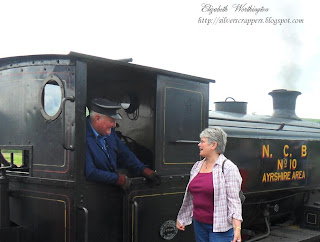 Chatting to the train driver after our enjoyable wee trip on his lovely train. 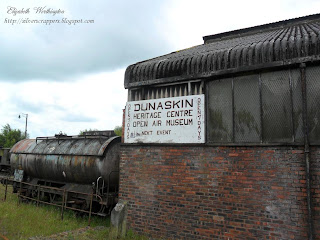 Sadly, this sign is now well out of date as the Heritage Centre is no longer operating - funding from the Council ceased in 2005 and today it is the little railway that keeps going. Sad really, because Dunaskin has a long history having once been the site of a brickworks - this giant mixer was used in for mixing the ingredients for the bricks. 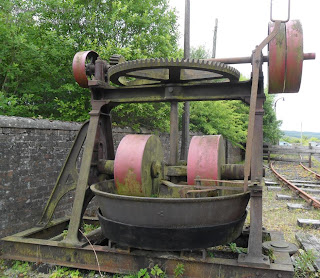 And then an ironworks employing more than 300 people at one time. 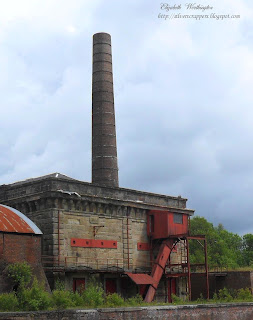 This building has a preservation order attached to it because of it's historical importance. There used to be a village up behind it but when the ironworks closed down the workers and their families moved on, many going to England, Canada, America and Australia. 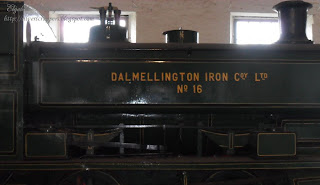 The preservation group have amassed a huge collection of old trains and wagons in various states of disrepair. Here are just a few: 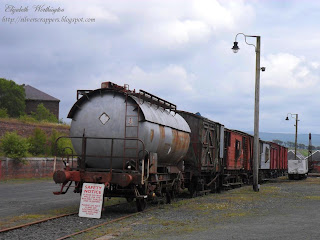 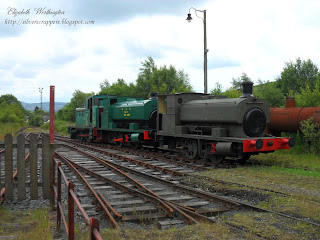 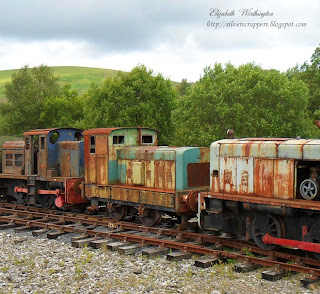 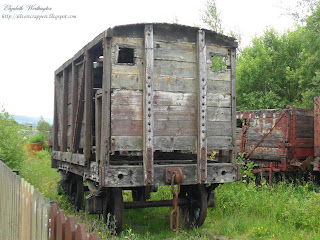 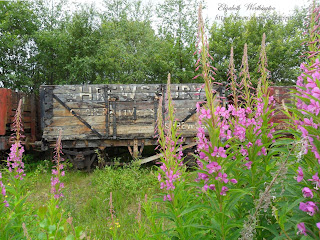 Much to my surprise here's mention of Nobel's Explosives - a company I once temped in back back in the late 80s. 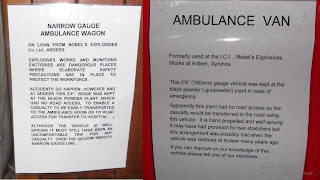 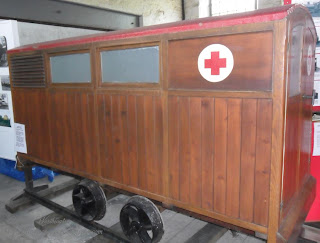 The first of several wee explosions that occurred whilst I worked there had me jumping out of my skin - happily I was fairly safe beavering away in the typing pool and never had to be transported in this uncomfortable looking appliance.

Finally, and just because of it's name, here's one of the model trains that run round a track in the centre. 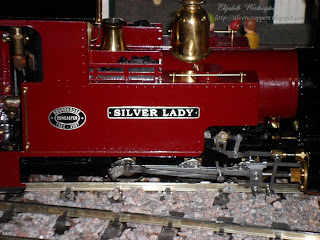 Well done, if you've got this far in this lengthy post - you'll be pleased to know that it's the end of my record of a what turned out to be a really interesting and enjoyable day. I took a ton of photographs, lots of the wildflowers that grow on the site, too many to include here but which I will possibly post another day. In the meantime I'll bid you adieu and go brew myself a nice cup of tea.

Email ThisBlogThis!Share to TwitterShare to FacebookShare to Pinterest
Labels: Trip out

What wonderful photographs. I enjoyed looking at those.

I have also had a good look at what you have been up to and found your Mum's cake recipe. How did I miss that!!!!! Thank you so much for posting the recipe .. .. I have copied it out ready to have a try!! Mmmmm ..

Thomas the Tank Engine eat your heart out lol What a great day you had ...so interesting ...and wasn't that amazing to read about where you had worked way back. I remember seeing the odd steam trains before they were taken out by who ever ran the railway back then, in the outer London area. Along with coal fires they must have added to the smog problems but they were so beautiful to see as they chuffed along. xx

great photos elizabeth,looks like you had fab day. sue xx

What wonderful photographs. It certainly looks as if a great time was had by all. Thank you for showing them to us.

I've been browsing your cards and they are wonderful. I especially like your Christmas cards. Thank you so much for taking the time to browse my blog and leave me a kind comment.

I have only just realised that I am not following you .. .. no wonder I missed your Mum's cake recipe. (Just waiting for some ripe bananas now).