What's On Your Workdesk Wednesday - Week 487

WOYWW again! All the excuse I need to post a pic of my desk and then go snooping, with the help of Head Desker, Julia, over at the Stamping Ground, around other crafter's desk. And, as promised last week, I'll make it brief - well briefer than usual! 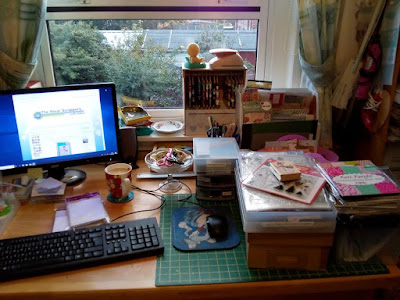 Tidyish! Only because I was gone for the day yesterday so no time to craft and make a mess. I've been making Christmas cards for the last week so what you see are the materials needed - boxes of ProMarkers, Christmas themed stamps and paper pads. Under the pile of paper pads is a box of white scraps - essential for stamping. You've probably seen the stuff at the back - it's a more or less permanent feature, as is the latte ... my new addiction!

Before I go here's the book bit: 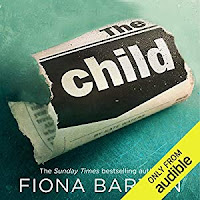 The Child by Fiona Barton. This book has very mixed reviews on Amazon but I found it a good read. When an old house in London is being demolished, the body of a small child is found buried in the garden. The story doesn't attract much attention to begin with until a journalist, Kate Waters, spots it and was intrigued enough to follow it up. And it slowly becomes clear that the story behind the tiny skeleton was a lot more complicated than anyone would have thought. 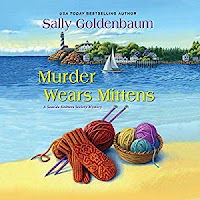 Murder Wears Mittens by Sally Goldenbaum is the 12th book in the Seaside Knitters Society series, but the first I've read by this author. I enjoyed  this book, not least because it is set in Cape Ann, Massachusetts, albeit a fictitious seaside village, an area I'm familiar with. The story centres round a group of knitters who are able to get inside the head of the deceased, a woman they barely knew, just by chatting together and exchanging experiences, as knitters do! The uncovering of the murderer was very satisfying too.

Heavens, I've somehow managed to finish this post before midday ... a first in a very long time! I'd like to say it means I'm turning over a new leaf but really it's a fluke and next week I'll be back to my usual tardiness. Nice while it lasts though!

Have a great WOYWW and a wonderful week ahead.

Christmas cards? Is it November already? I cant see me making any any time soon so well done you. If you want news on our motor home dont forget to call in to see my Friday's post :-)
Hugs,
Annie x #11

Wow, making Christmas cards, if only I was there too. Haven't even thought about my 'special' ones as yet. No ideas either.
Thanks for the book reviews, I had no idea you were into murders. My friends think I am grim reading psychological thrillers but I do it on Kindle so can't share photos.
Hugs, Neet 7 xx

Great desk photo - boxes are such a good idea! Thanks for the visit and lovely comment :)
Claire, no. 1

Thanks for your visit earlier, Steam engines have become a way of life for us again.
those books look good
Christine #21

that sounds an interesting read. glad you enjoyed your days out, thanks for taking the time to look!I know there were LOTS of photos!! Helen #3

I havent even thought about Christmas cards yet... I love your organised boxes ready to go. Thanks for sharing. Have a great week. God bless, Caro x (#29)

You are organised Elizabeth, starting Christmas cards already. Thanks for the book reviews, I like a good murder mystery. Happy WOYWW and happy friendaversary. Sarah #5

Very sensible getting started with the Christmas cards, I have the stuff in a box on the floor but keep getting distracted. The book sounds great. Not normally into this kind of story but very tempted now I've read your review. Thanks for asking about my mum, she's coming on okay and the visit to mine too. Have a great woyww, Angela x13x

Thanks for stopping by my blog.

Nice busy desk, Elizabeth, and thank you for the interesting book reviews. I must follow those up. I've been an Audible subscriber for years and always on the look-out for fresh reads! Thank you for your visit and for your good wishes for my health issues. I'm glad you like the progress I'm making on the boxes. Making sourdough has certainly been a learning curve but I'm getting pretty acceptable results these days. It's not a lot of hard work, just having to be there all day to do each next step. It's worth the trouble because it's so delicious and healthy!

OHMY... Christmas cards, I see them popping up on blogs all around and I am so much NOT a christmas card maker... east year I think "I will not send cards this year, postal costs are too high" but then my mum gives me a bunch of 'special X-mas stamps' that are on the market in December and I end up furiously creating a series of cards two or three days before Christmasday... I bet this year will be no different! Anyway, enjoy the relaxed (!) Christmas-crafting. Thanks for your visit to my blog earlier, happy belated woyww. Big hug from Holland. Marit

Just chuckling at Jan getting booked up for crop already! I am paying the deposit for the hall today so we will be able to put it in our diaries for June 1st! xx Jo

Good luck on your Christmas cards. I love the book recommendations and I'll need to check them out. I just finished a book called "Before We Were Yours", it's pretty interesting and a good read. I don't remember the author. Dorlene #26

Morning Elizabeth. Was chuckling at your post today - sounds like the books are good - must see if I can find them at the local library! Well done on all the Christmas cards. Hardly dare say it, but it does seem to be rapidly approaching, doesn't it?
Take care. God bless.
Margaret #2

Happy Christmas card making! It will be here before we know it - the days are already getting shorter. Thanks for your visit earlier! Enjoy the rest of your weekend! zsuzsa #19

Hi Elizabeth, your desk looks very busy and organised, must be handy having your pc nearby as well - I'd be watching YT tutorials whilst crafting, do you do that? Both those books sound really intriguing. Have great week :o) Annie C #14