I meant to post this yesterday but this computer or, more correctly, my broadband had other ideas. Technology!!!

Anyway, here's some of what has made me smile this week. 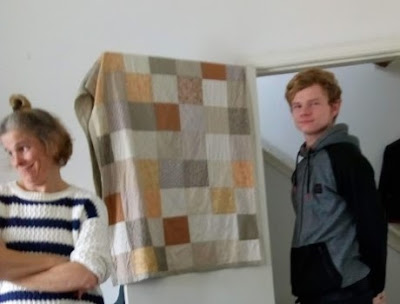 I can't help chuckling at the look on my daughter's face while my grandson, Alun, poses for his granddad! 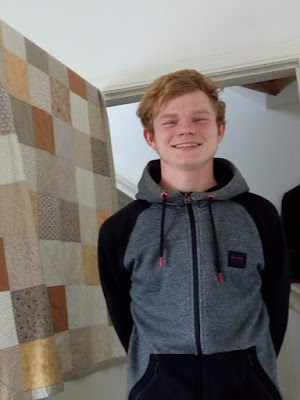 He had a fit of the giggles despite his granddad telling him to be serious! We were all in hysterics as he tried to stop laughing. You had to be there to appreciate how much fun we had. 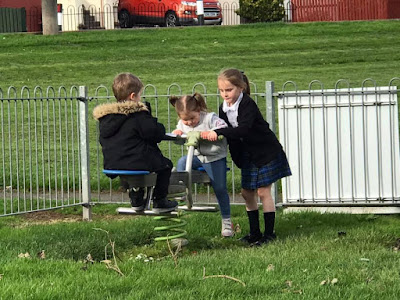 Loved, also, this photo of my three great-grandchildren having some play time in the park on the way home from school. They are a lovely little family that get along nicely together most of the time but their mother tells me that ten minutes after this pic was taken they had a complete meltdown!!! 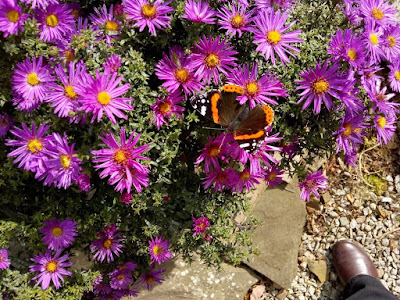 Spotted this red admiral butterfly on some asters in my friend's garden. 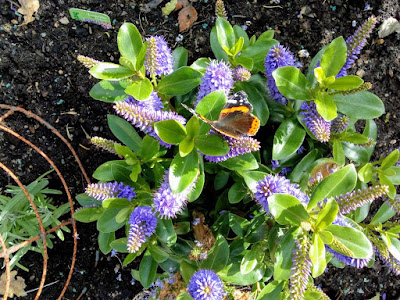 With butterflies in general becoming a rare site it was great to see them still out and about as late as October.

And finally, a little gift I received this week which definitely makes me smile 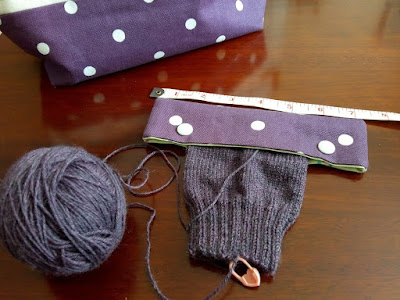 It's a simple wee ... I'm not sure how to describe it ... it's a case, a cover for knitting needles. Not just any needles but this very small set of five double pointed needles that I'm using to knit, for the first time ever, socks! 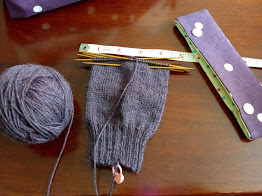 Popping the needles and knitting inside the case prevents the stitches from slipping of the needles and the knitting unraveling.. Brilliant!!! Amanda, who runs the Thursday crafting group, made it for me. She's a very clever needlewoman who also teaches the sewing classes I attend.

As you can see, I've had quite a lot to smile about but to see many more reasons to smile pop over to Annie's, at A Stitch In Time.

I hope you are having a very happy weekend.

Its good to see you. Sorry to hear you've been having problems. Your pics of Alan made me smile even more now I've met him in real life 😊 Love the photos of the butterflies and that wonderful cover for your knitting needles....great idea.
Hugs
Annie x

Lovely post you have a lovely family and pretty garden I do love butterflies. Those knitting covers are such a clever idea really useful present Love and hugs Carole x

Great photos Elizabeth and the flowers are gorgeous too x