It's a wee while since I posted some of the photos collected on scavenger hunt (Part 1 is here) and yet I have been out and about clicking away and finding most of the items on Rinda's list. It's been an interesting challenge taking me places as I never been before ... some I'd planned to visit one day, others I didn't even know existed ... in hot pursuit of the next great photo opportunity. Here's a few I've crossed off the list. 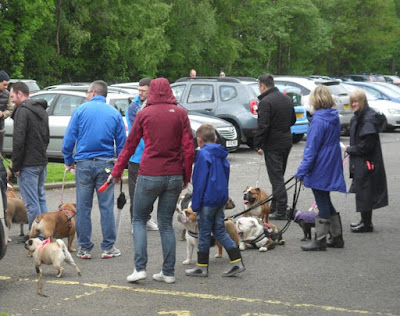 This was a lucky find. We were enjoying a family day out in Eglinton Country Park, North Ayrshire, when I spotted this group of dog owners gathering together in the car park. 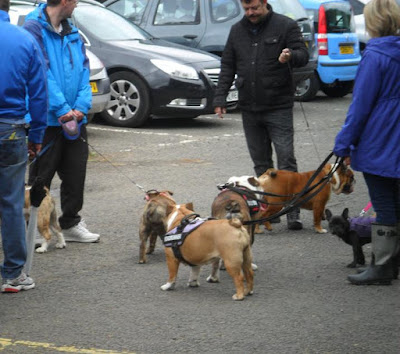 With few exceptions, the dogs were boxers.

#8 Someone "plugged in" to social media 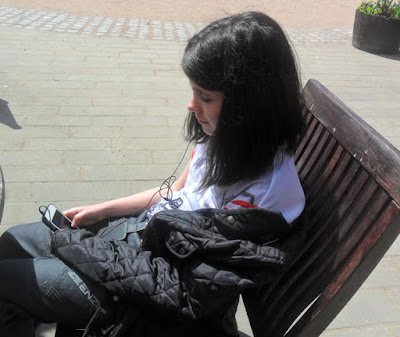 This is Erin, sitting outside the restaurant in the Culzean Castle estate, totally absorbed listening to music on her mobile phone. 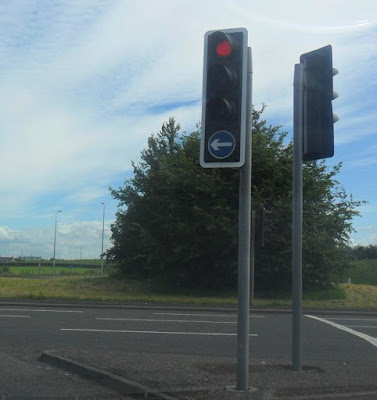 This traffic signal is one of the many directing the traffic round the notorious Whitletts Roundabout, Ayr, which has been branded one of the most dangerous in Scotland. The bewildering five exit junction has been the scene of 32 recorded accidents in the last two years, leaving 13 people injured.

#10. A college or university 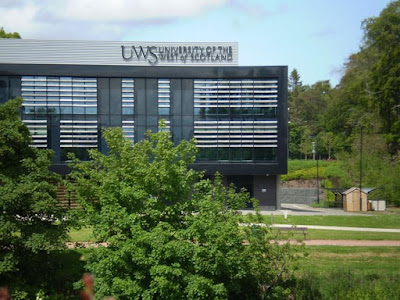 The University of the West of Scotland which is situated beside the River Ayr here in the town of Ayr where I live. It's a new building in the most idyllic setting - students must enjoy the riverside walks just as much as I do. 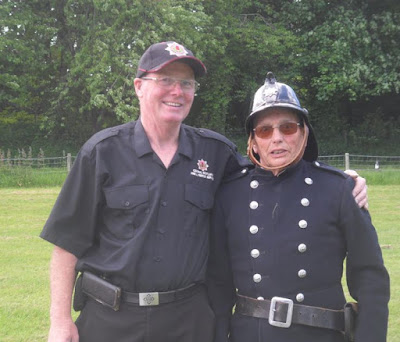 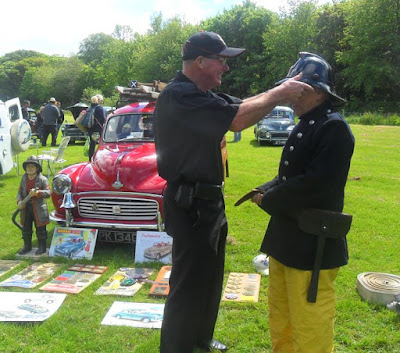 This was such a fun photo shoot too. These two guys were just full of good humour and enjoyed being the centre of attention, even if it was for just a little while. The occasion was a Morris Minor Rally at Culzean Castle in June this year. 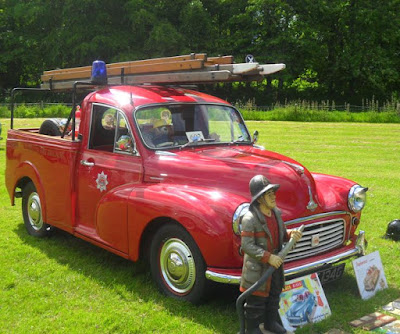 The red vehicle in the background is this 1968 Morris Minor Pick Up fully restored to look like the 1952 Morris Motors Ltd Fire Brigade appliance which was the first-line fire appliance at the Morris Cowley Motor Works in Oxford, England.

That's the second five items found, so ten down, eleven still to record. As the closing date is 22 September, I plan to be back with the next five very soon.
The List for 2015.
1. A bouquet of flowers
2. An ornate door knocker
3. A person walking a dog (or other animal)
4. People playing a board game or card game
5. Architectural columns
6. A metal bridge
7. A turtle
8. Someone "plugged in" to social media
9. A tent
10. A college or university
11. A cellular tower or television satellite dish
12. A public restroom, bathroom, or toilet
13. A merry-go-round or carousel
14. A traffic signal
15. A flag pole with at least three flags on it
16. A panoramic view, taken while standing someplace high in the air
17. At least two people wearing matching outfits or uniforms
18. An overloaded truck, car, bicycle or other vehicle
19. A ticket booth
20. A natural body of water
21. A photograph of you with a sign reading "2015 Summertime Photography Scavenger Hunt". Note: you may not use a substitute for this item.
And the possible substitutes for all but #21:
Alternative A: People eating outside
Alternative B: Someone holding an umbrella
Alternative C: A rocking chair

Please check out Rinda's blog here for links to others who are participating and see what they have found to date. And if you would like to join in, it's not too late as the challenge goes on until September 22.
Posted by Elizabeth at 17:22

Wonderful photos Elizabeth! What a great idea! If it wasn't that I am back at work on Tuesday I would join in!

That's very cool having the uniforms from different periods ... You have a good mind for lateral thinking!