Two posts in one evening. That's something of a miracle for me but I just wanted to do a quick share of this little card over at Pixie's Snippet's Playground. 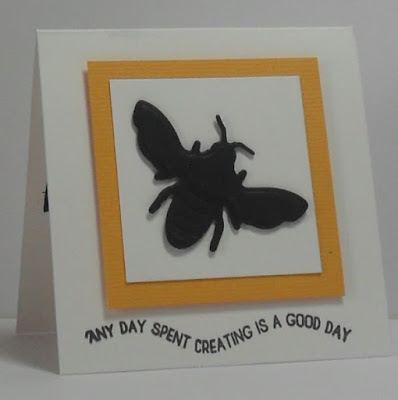 A rummage around in the basket of snippets produced all the card used, including the black for the bee.

How the card was made:

It's a teeny wee card, simple to make and, as I made twelve altogether, it used up plenty of snippets which has got to be a bonus.

So beautiful is your card Elizabeth x

Wow Elizabeth loads of impact with this sweet little card and a great way to use up snippets of course! Especially as you made sic altogether! :)

Thank you for joining us in the Snippets Playground!