Time to share what's made us smile this week with Annie at A Stitch in Time, though really I haven't got too much to share this week. It's not that I haven't had plenty reason to smile, it's just that it's been a rainy week and so we haven't been out and about much.

We did spend Saturday catching up with the family and having lunch with two of our older grandchildren. 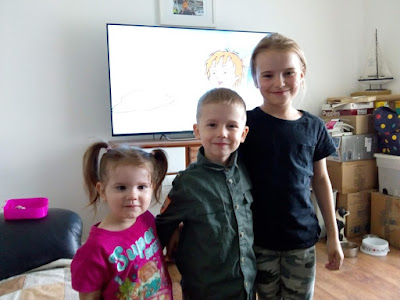 Popping into my daughter's to pick up Shari gave us the opportunity for hugs and kisses from these little poppets. To get them to stand still long enough for a photo is rather like herding cats but eventually they obliged. 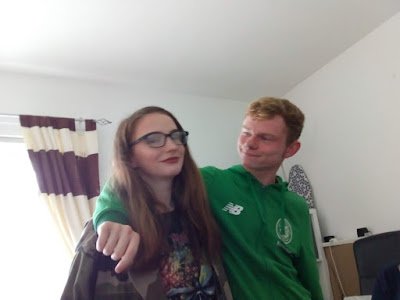 Here's Shari with her big brother, Alun - they are still as close now as they've been since she was born. 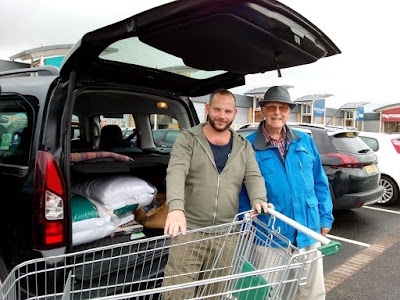 I forgot to take a photo at lunch so was lucky to catch Josh and my husband together after we'd been shopping.

And finally, I couldn't resist sharing this shot. 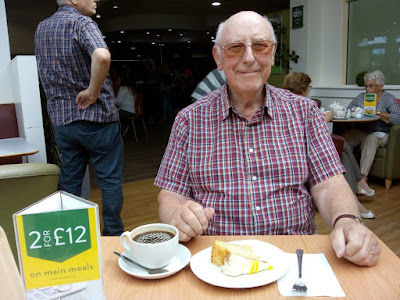 I didn't spot the tempting offer on the table until I checked the photo afterwards. If I could buy two of my husband for £12 it would be the bargain of the century!

So that's all this week. I did say it was an uneventful week.

Take care and have a wonderful weekend and a very smiley week ahead.

I smiled at the two for 12 pounds. Remember it will mean twice as much cooking!
Great photos of the grandies. And I had not heard the herding cats expression. You are right. It is almost impossible to herd cats!
Have a lovely weekend, or what's left of it,
Lisca