Well, another day of horribleness has just about gone and it's looking as though there's going to be no let up from the storm for some time yet. We've had the lot: gales, lightening, sleet, hailstones and a deluge so far, everything, in fact, but the snow that has been forecast. It's only a matter of time!!!

So it doesn't take more than one guess to know where I've been for much of the day. That's right, in the craft room, in the sewing corner, stitching away and this is the result ... quite appropriate considering the weather :) 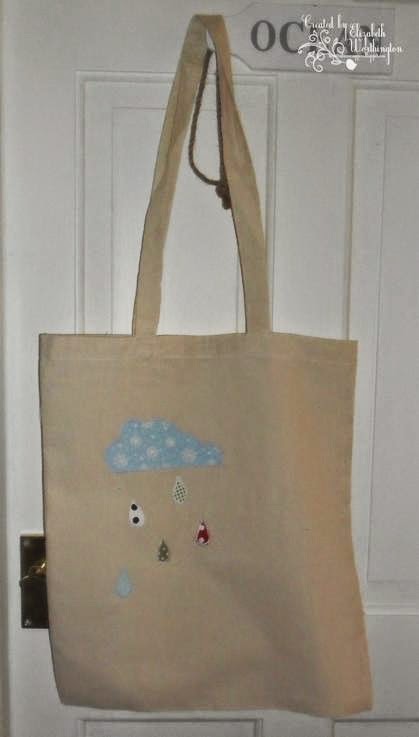 The idea for the applique I first discovered on Pinterest when I was looking for some inspiration for decorating tote bags. That took me to Retro Mama's super blog and that's where I discovered the pattern to make a tote from scratch here. There's a link to the templates for the cloud and raindrops included with the instructions. Having already purchased the plain tote from an Amazon supplier.  All I had to do was open up the sides of the bag using a quick unpick/seam ripper ... this was fiddly and took a wee while to do - so much for being quick. Tip and note to self: a faster way would be to simply cut the side seams off. This would reduce the finished width of the tote but would be so much quicker than unpicking. 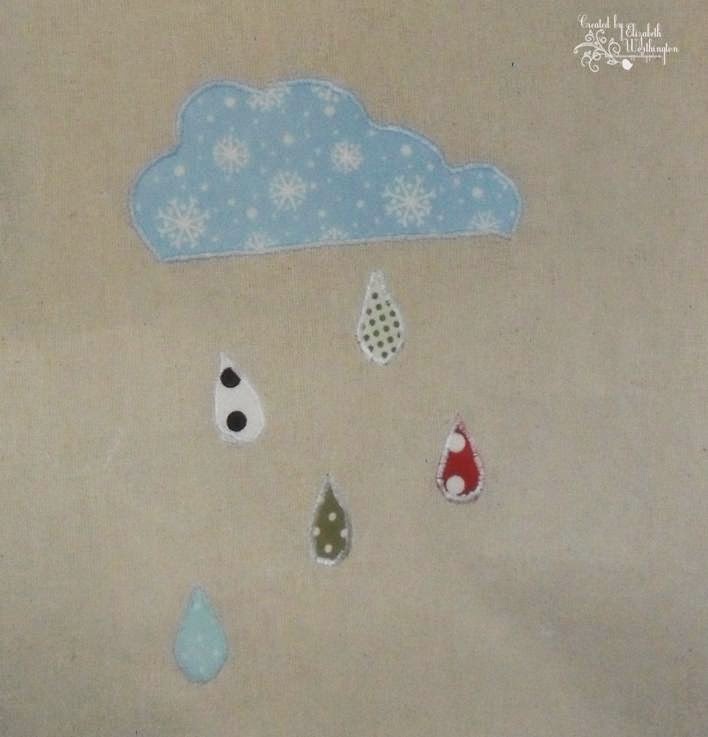 My less than perfect applique clouds and raindrops. I traced the templates on to iron-on fusible web which I then ironed it on to the fabric before cutting out the shapes. Once that was done it was just a case of removing the paper backing and ironing the shapes on to the front of the tote. I finished off by satin stitching around the edges of the shapes ... much fiddlier than it sounds, and I see one of the raindrops is less than straight too :) These raindrops use the tiniest scrap of fabric. Snippets, in fact, so I'll be popping over to Pixie's playground and linking this over there. 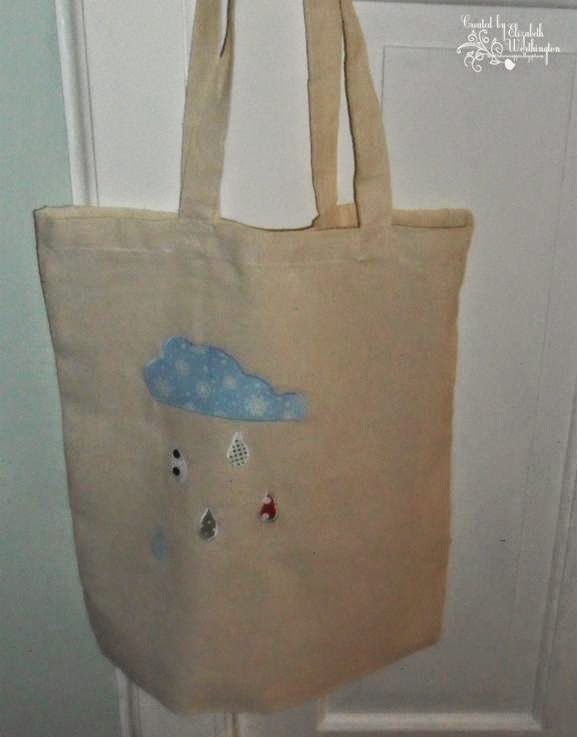 To finish I stitched up the sides again, first with a straight stitch and then with a close zigzag stitch to stop the fabric from fraying.

Right, time for a cuppa ... just in time to watch the second part of the Lost Honour Christopher Jefferies.

Hope you are having a lovely evening.

Wonderful tote Elizabeth, but why did you need to open the seams? :o)
Jackie xx

Super tote bag there Elizabeth! Gosh you do have some patience :)

A sweet rainy day tote. We are getting some heavy rain today. Enjoy your cuppa and have a wonderful weekend.
Blessings,
Bobbie Lynn

Looks wonderful. I love totes and have all types...A rainy day tote is a grand idea!

Gorgeous bag Elizabeth. Just right to carry all your goodies round.
Hugs
xx