... and a very happy WOYWW to you. I should have been here earlier but there's a storm raging outside and despite battening down the hatches, etc., we couldn't prevent an interruption in our telephone service, TV and broadband too, hence the delay. Now the rain has stopped, the wind has died down, the sun is shining and we are back online - yeah! So, finally to the point of this post - my desk: 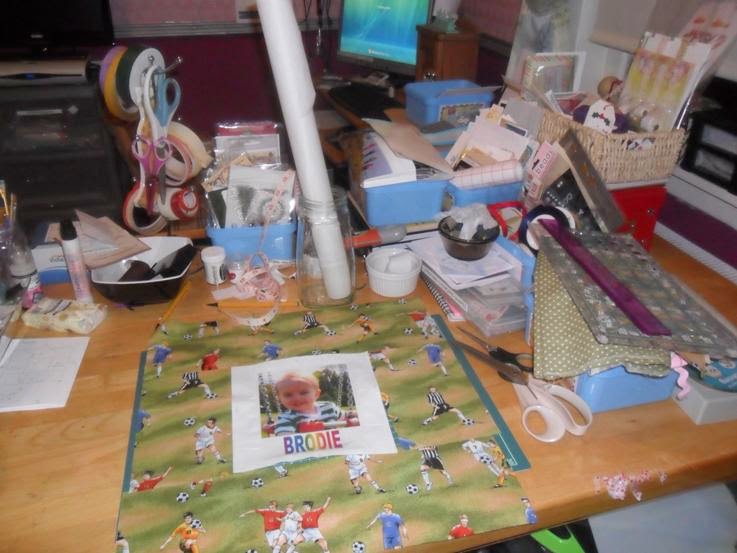 This is the photo I took Tuesday evening. Yet another right old guddle! That's cushion #6 being planned out but there's a whole lot of stuff cluttering the work surface and just getting in the way. It was bothering me so much that this morning I decided to clear it off. 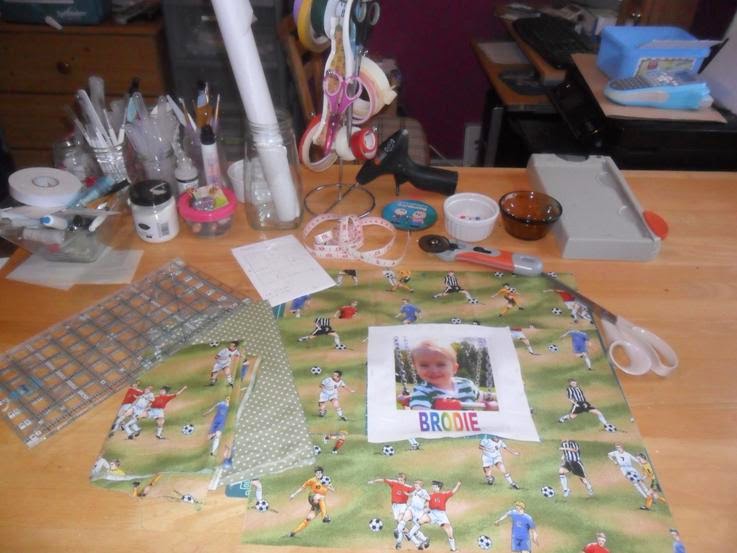 Better! There's still painting  and cutting equipment plus various adhesives stashed at the back but there's a whole lot more space for me to spread fabrics on while I plan the cushion cover. 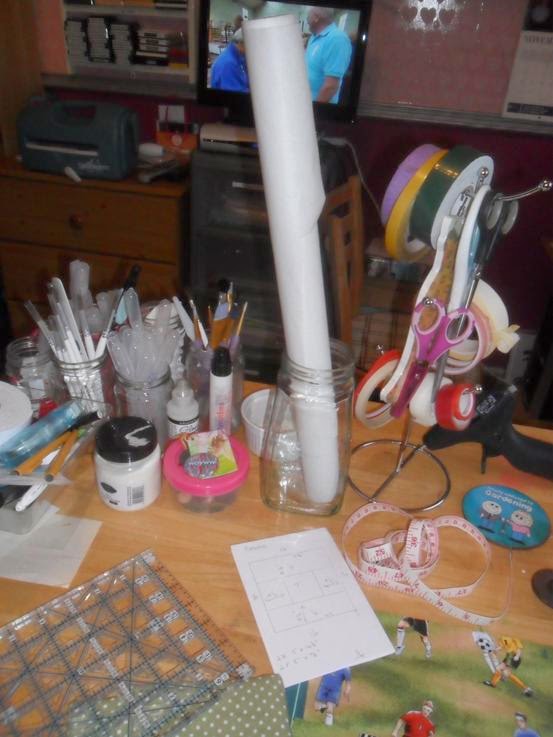 And just in case you are wondering what that roll of white stuff is balancing in the empty coffee jar - it's the iron-on fusible web I used for the applique on cushion #5. And for the eagle-eyed, that's today's episode of Bargain hunt on TV and next to that is a late birthday gift - a teal coloured Grand Calibur. Haven't had much time time to put it into action, just a quick test run to check it was in full working order, but I have high hopes of giving it a fuller work out after Christmas is over :) 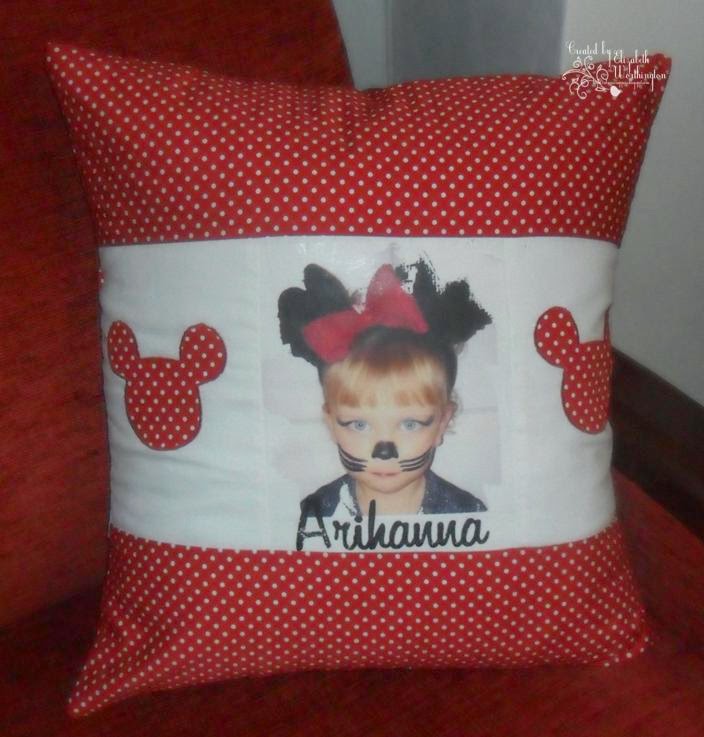 And because I mentioned it above, here's a glimpse of cushion # 5. I plan to post a bit more on it later.

In the time it has taken to write up this post the sun has gone and the rain and wind are back again. This storm is coming over from the Atlantic Ocean and it is wild ... I see the BBC are calling it a 'weather bomb' - whatever next!

Clearly, I won't be going shopping today and a proposed trip to the PO in town has had to be postponed. No, I'll be staying in and, as long as we are online, I will be popping in to see as many WOYWW desks as possible.

Before I go I'd like to thank everyone who left greetings for my birthday recently - every one was much appreciated.

Do take care and enjoy the rest of your day.

Hi Elizabeth. Lots of lovely crafting has gone on this week. Hope you stay safe from the weather bomb. These weather warnings really make me chuckle.....surely a green warning just means everything outside is good so why a warning? They really don't expect us to be able to look out of a window and use our common sense any more do they?
Have a great week,
Hugs,
Annie x #19

Hope you're surviving the weather "bomb" - no idea who dreamt that one up! the desk looks great; but take care. Helen 8

That weather system is not funny, is it? The isobars are so close on the forecasts, no wonder you're experiencing high winds. It looks quite scary on the news....hope you keep safe and warm inside.
Those cushions are fabulous, the kids are going to love them :-)
Hugs, LLJ 21 xx

Glad you're weathering the storms, and staying dry and warm. The cushions look great, and will be really appreciated. Sounds like you're having fun, despite the elements. Take care, Chris # 13

Flipping weather hope your not being blasted too much Elizabeth it's pretty windy here too! oh loving the cushions take care xx

I just had a look at the weather link - that looks scary! I hope you are safe!!
Your projects look very nice, love that cushion!
Thanks for visiting earlier
Cheers
Gabriele 23

I saw that your weather has been just horrible lately Elizabeth, I hope it improves very soon.Love your busy desk photo's and the beautiful cushion too. Thank for the lovely comments also ;) Viv xx