So Many Books - A Snippet Make

I can't believe it is so long since I last posted and I've missed Annie's Friday Smiles, Di's Sunday Snippets, Cathy's In A Vase on Monday and Julia's WOYWW to name just a few of the my favourite things ... sounds like a cue for a song :)

I feel such a slacker but there's good reason for my absence, nothing craft related but other stuff that has kept me away from the craft room and, as it's in the same room, from my computer too.  I hope to be able to tell you about some of what has been going on over the next few days but in the meantime I have this bookmark made from snippets to show you. 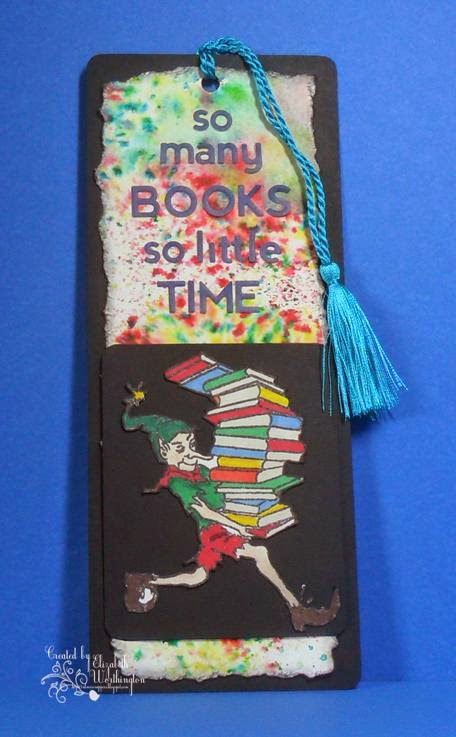 After making the EM's birthday card there was a couple of strips of the Brusho background left over. Really too good to toss but not enough to make another card. After much deliberation, rumination and cogitation, not to mention a fair bit of head scratching, I got the idea to make a bookmark. It's quite big, measuring 8½" x 3½" (21x8.5cm) - the perfect size for using with larger books and hard to lose too. I'm forever losing bookmarks, often creating a house-wide search!!! 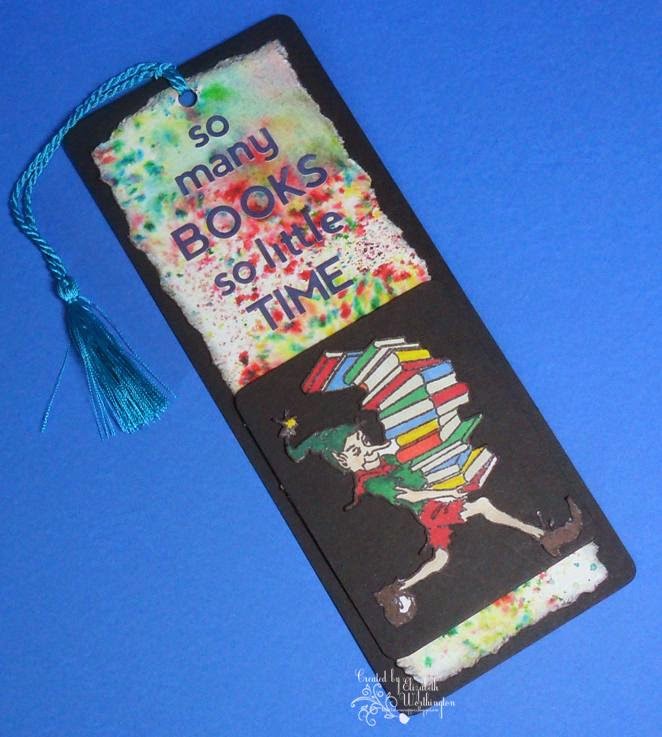 To make the bookmark, I tore round the strip of background paper and adhered it to the black base. The stamp is an old one (NBUS) from Stamptivity ... so old I believe the company is no longer around. It was stamped with Memento Tuxedo Black and coloured with a mix of Sharpies and ProMarkers then cut out and adhered to a black mat. The sentiment, found on Pinterest, is made up from letters from Jillibean Soup Alphabeans, Newberg Navy. The silk tassel is from a pack of mixed colours that I was sure I found at Joanna Sheen's but, if I did, they don't seem to be available there now.

Now, at the top of this post I hinted that I might be able to share some of the stuff that has been occupying - to the exclusion of crafting - of late. Well, here's just one of the them. 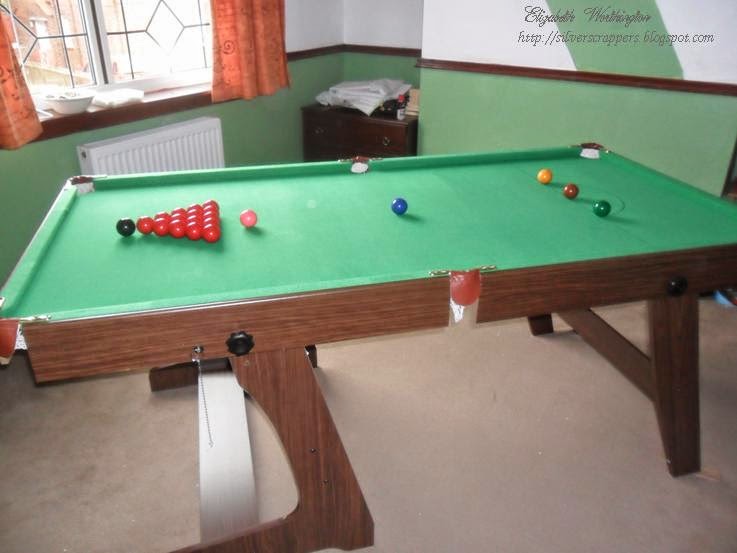 Yes, the EM's birthday present finally arrived yesterday ... yippee! We had begun to give up hope. Only a week late and after Argos had changed the delivery date several times. Flat pack of course, so we spent a fair few hours putting it together and positioning it just right in the Snooker Room ... was the spare room, now his happy place! Our grandson's are going to be delighted too ... I can foresee more frequent visits from them :)

Many thanks for popping in. I hope you are well and having a good week.

Until next time, happy crafting,

Hi Elizabeth, what a lovely way of using up snippets. And how true is the text on it. I haven't been around either since I was giving workshops on a hobby fair last week. So I wasn't here and I didn't do any crafting to put on my blog either. Only the example cards for the workshop. Have a nice day, hugs Veerle x

Fabulous bookmark Elizabeth, a good way to use the snippet of your Brusho paper.
Jean x

Fabulous tag Elizabeth, 'twould be great for me if I hadn't forsaken the real thing for my Kindle, alas I cannot hold books open for long nowadays with my achy shoulders/arms!
No doubt the EM is delighted with his gift. By the way, I have been meaning to ask for some time now, what does EM stand for? :o)
Jackie xx

Super bookmark Elizabeth! Clever to use the leftover Brusho snippet and such a great image and wording.

Great idea to use up your Brusho background snippets on the bookmark. I wholeheartedly agree with the sentiment!