Late again! This time it's to join in with Annie's Friday Smiles.

And I've had much to smile about this last week or so.

Because I'm feeling so much better my husband has been taking me out on jaunts. After being confined to quarters for so long getting out and about is building my strength up with fresh air, even though it's been a tad too fresh at times , and walking ... not far and mostly round shops :) Here's some of my favourite photos from these jaunts.

This Wednesday we took a shopping trip to Gardenwise Garden Centre in Dumfries, recently awarded the title of Best Garden Centre in Scotland (we've been there before - you can see the first post here) and afterwards we carried on down to Sweetheart Abbey at New Abbey. 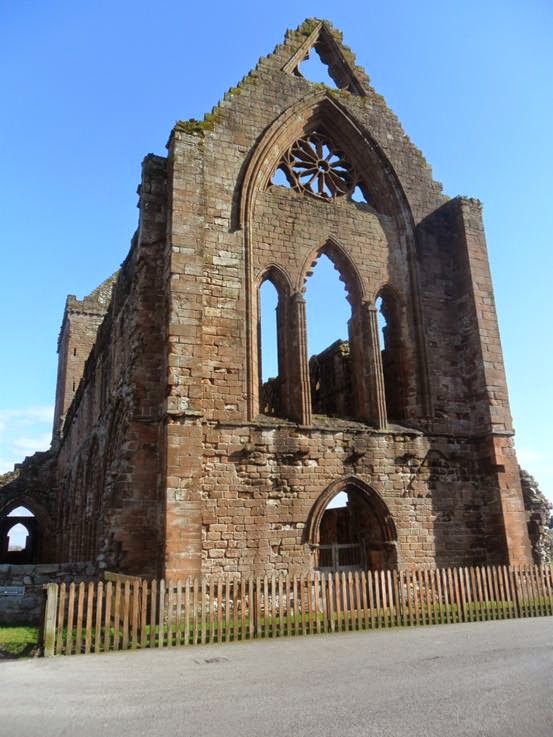 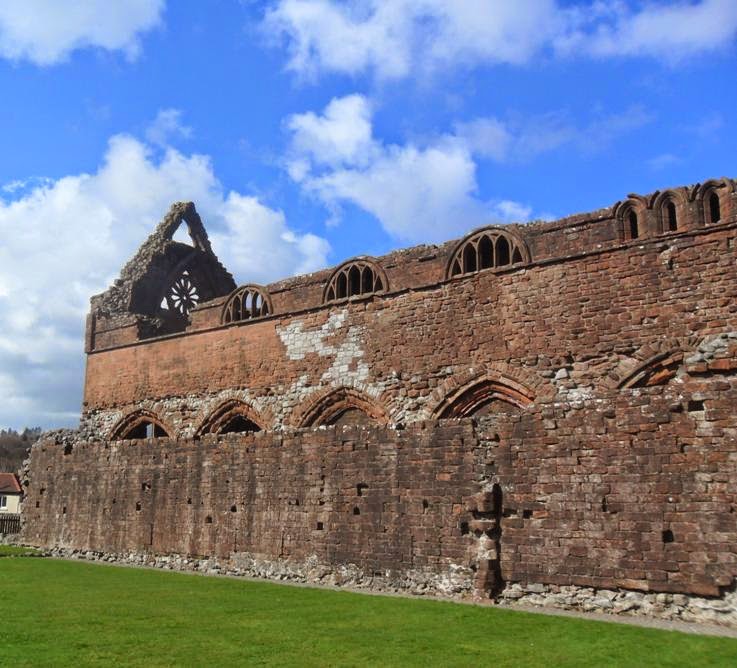 We've been to visit the abbey before too - I'm sure I did a post on it but haven't tracked it down yet - but anyway it was well worth a second visit. 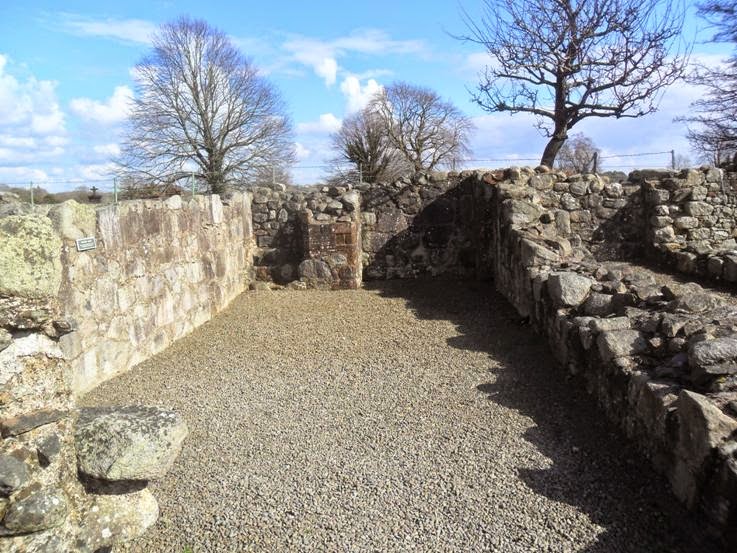 This is called The Warming Room - the only room on the site that had a fire. The poor monks ... this is the only place they could go to warm themselves up ... I can just imagine how cold they must have been at times ... it was decidedly chilly on Wednesday! 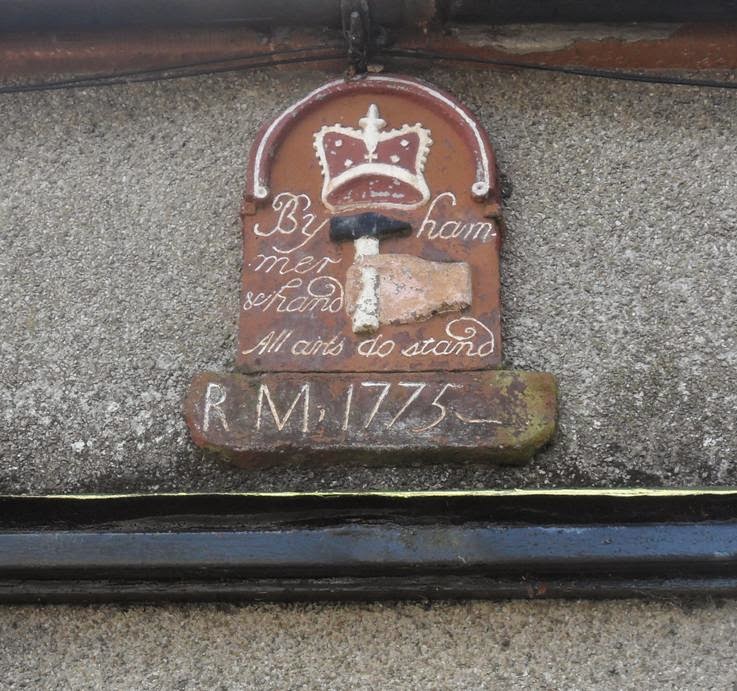 After leaving the abbey we took a stroll down through New Abbey's main street and I couldn't resist taking a photo of this old sign. I thought the artists among you would enjoy an 18th century blacksmith's tag line: By hammer & hand All arts do stand :) 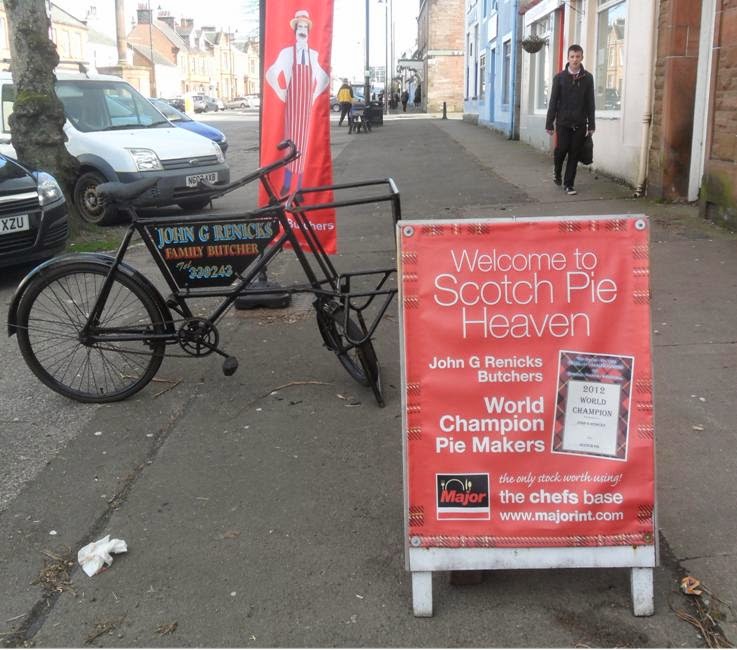 On our way home we stopped off at the little town of Thornhill for a cuppa and discovered a World Champion Pie Maker. Of course, we just had to buy a couple to try. I'd like to show you how good they looked but I forgot to take a photo. However, I can assure you they were every bit as tasty as claimed! The the old butcher's bike brought back some happy memories for my husband ... he actually rode one when he was a butcher's delivery boy back in the day :) 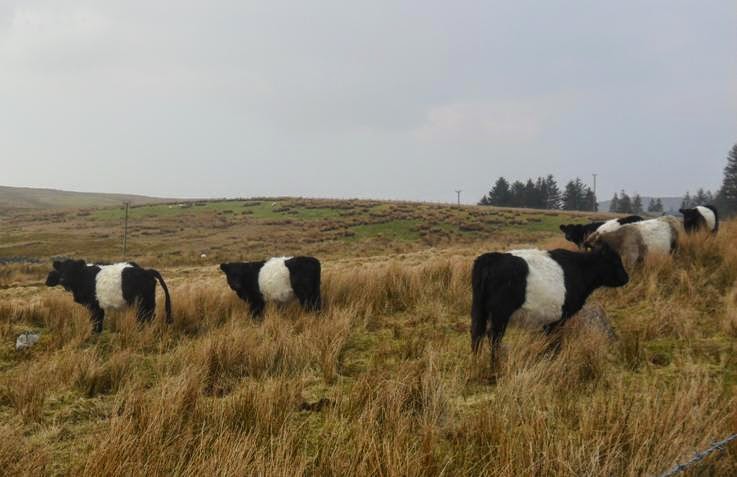 Final photo for this week is one taken last Wednesday when our jaunt was to Castle Douglas, my personal favourite town in county. I spotted this herd of strikingly marked Belted Galloways on our way down and made a point of stopping on the way home to take this photo. They are a rare breed of cattle that originated here in the South West of Scotland and because of this they are particularly well adapted to living on the poor upland pastures and windswept moorlands of the region. Spotting them really made me smile :)

And now the joke for this week:


One day a kindly Grandmother offered to look after her eight year old granddaughter. Whilst in the middle of a game the child turned and asked Granny, 'what do you call it when one person lies on top of another person?'

Granny could not believe her bad luck in having this question asked and decided to explain all about the 'birds and the bees'.

The next day, her granddaughter came round again and said 'Mummy says that it's called Bunk Beds and that she's coming round to see you later!

Hope that made you smile too :)

Have a great weekend.

Hehehe I'm chuckling at the joke....I must remember that one when the questions are asked :-)
It's so good to hear you're able to enjoy life now you're feeling better :-)
Hugs,
Annie x

I know where you have been. I went to Sweetheart Abbey some years ago when I were a wee lass!
Those cattle look great. Prefer the pretty hairy ones though.
Very funny joke.
Hugs
Xx

ha ha ha Elizabeth, love the joke. Glad you're feeling better and have enjoyed your photos of your time outdoors. Cheers and have a great weekend Robyn

I am so pleased to hear that you are able to get out and about again Elizabeth, it will make you feel so much better...hugs.
A beautiful selection of photographs :o)
Jackie xx

Such lovely photographs Elizabeth. We have a butchers here that have an old bicycle outside which is adorned with plants all summer. The bicycles must have been common with butchers. Glad to see that you are feeling up to going out and about.

Interesting pictures of your recent trips out Elizabeth. So glad to hear you're feeling better now.

I'm late getting here, but so glad to see you are better. You said a short jaunt, but that looked like a very long walk to me. Really impressive outage. Loved the photos, and also the joke. Both put a big smile on my face.