Scrap Pages made in Wales

I thought that as I've been missing for quite a while I'd share a few more of the pages made for the summer challenge over at Mind The Scrap's Facebook Group.

Brodie Waiting for his Operation 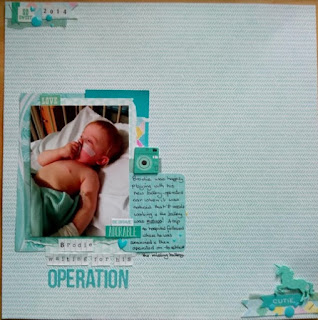 A few years ago my little great-grandson, Brodie, swallowed a tiny battery that came loose from a toy car he was playing with. Fortunately, his dad realised what had happened and rushed him to hospital where he had to have an operation to remove the battery before it did too much damage. This photo sums up how tense the episode was for all the family. The design is made almost entirely with paper scraps and the unicorn was die cut from a scrap too.

You've got a Friend 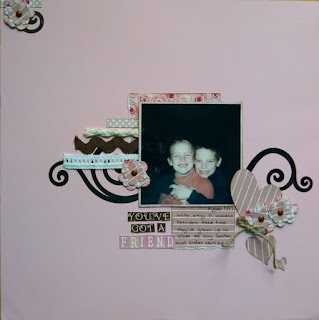 This photo of two of my grandchildren sums up their relationship. There's only a year between them so they've not just been close in age but inseparable too. Even now as adults they are still very much friends. Again most of the design was created from scraps with the addition of lace, ribbon and twine for a change of texture. 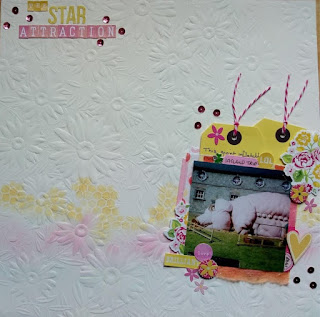 This giant inflatable pig was the star attraction, especially with children, at an apple farm we visited when we were on holiday in 1999. The farm produce, apple juice, cider, chutneys and jam, was delicious. The base of the page is a daisy embossed sheet of card I have been saving for several years. 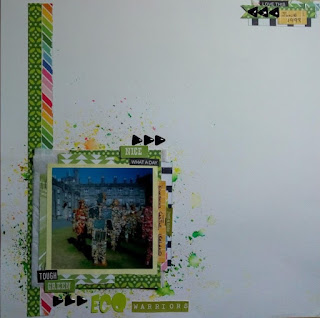 Ireland 1999 again. The photo was taken at Kilkenny Castle. I don't remember much about these figures but they were made of recycled objects and looked like an army of Eco warriors to me. The spattered background was created with Brusho powders.

There's more, many more, pages still to share but I think this is enough for one day. I have made rather a lot this summer so my plan is to post a few at a time until I'm all caught up.

In the meantime, take care and have a great day.

I meant to say very nicely done! and thank you for sharing!